Our Testing and Commissioning services include but are not limited to:

Switches are one the part of the Electrical power system. Our Company provide the Experience & Testing Equipment to implement the main following required testing of the GIS & AIS Grid, MV & LV SWGR 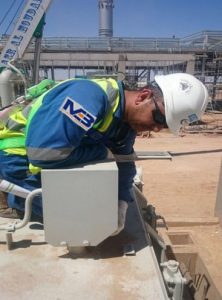 VT is one of the Metering, Protection & Isolation   Instrument device in the Electrical System. For reliability & Conformity many testing performed on the VT at site During Pre commissioning, Commissioning & Maintenance as following Tests 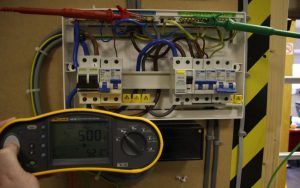 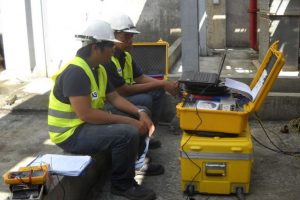 CT with the VT are one of the Metering, Protection & Isolation   Instrument device in the Electrical System. For reliability & Conformity many testing performed on the CT at site During Pre-commissioning, Commissioning & Maintenance as following Tests:

Thermal imaging has evolved into one of the most valuable diagnostic tools for predictive maintenance (PdM). By utilizing the most up to date equipment MB are proud to offer this service to our clients.

Thermal imaging, also called thermography, is the production of non-contact infrared pictures from which temperature measurements can be made. This technique is used to detect anomalies often invisible to the naked eye, even while electrical systems are under load.

Thermographic inspections should be a regular part of a predictive maintenance programme. An indication of impending faults in mechanical and electrical systems and components is a rise in temperature due to increased resistance and friction.

This temperature increase can be detected and quantified using the latest thermal cameras. MB state-of-the-art thermal infra-red cameras operate in a similar way to a standard video camera and an image of the temperature distribution of the component can be obtained. Should any part of the component be significantly warmer than other similar parts, a recording of the suspect component is taken. The magnitude of temperature rise will be illustrated and the seriousness of the fault can be determined.

When a connection becomes loose there is a resistance to current that can cause an increase in temperature and subsequent failure of components, potentially resulting in unplanned outages and possible injury. In addition, the efficiency of an electrical grid becomes low prior to failure, thus energy is spent generating heat, causing unnecessary losses. If left unchecked, heat can rise to a point at which connections will melt and break the circuit; as a result fires may occur.

Besides loose connections, electrical systems suffer from load imbalances, corrosion, and increase in impedance to current. Thermography will quickly locate hot spots, determine the severity of the problem and help to establish the time scale in which the equipment should be repaired.

All surveys are quantified by a fully comprehensive report, detailing our findings and recommendations for the repair of any fault.

What is Combined Heat and Power (CHP)?

CHP, or co-generation as it’s sometimes called, is the process of capturing and then utilizing the heat produced by generating electricity.

Conventional electricity generation by power stations is only around 37% efficient, which means a huge potential source of energy is simply released into the atmosphere as a by-product. CHP can harness this power.

What are the business benefits of installing CHP?

By recovering most of this otherwise wasted heat, CHP can bring overall energy savings of up to 40 per cent. For an energy intensive development, that can represent a substantial saving, especially when combined with other energy efficiency measures.

Are there any environmental benefits?

CHP has been widely recognised as a key measure in helping to reduce harmful emissions of CO2, with some schemes being shown to halve emissions compared with conventional sources of heat and power.

How does CHP fit in with tri-generation?

CHP can be incorporated into a tri-generation scheme to provide heating, power and cooling from the same source . Here the excess heat produced is cooled by absorption chillers linked to the CHP system. This produces chilled water for cooling, which is particularly useful for schemes which involve a large level of air conditioning.

Secondary testing is the most important testing for the Protective Device (Protection, Metering Relay, Transducer, AVR relay, PLC) by Dealing Direct with the Protection device without use CT , VT & other Instrument.

Omicron GMBH CPC 100 & It’s Accessories   Primary Injection Kit which we use it for Testing the primary side of the Electrical Equipment  (Transformer ,SWGR ,CT,VT & C.B)

Once modeled, future updates are easily achieved when a client system changes.

A short circuit analysis models the currents that flow in a power system under fault conditions and determines the prospective fault currents in the electrical power system. These fault currents must be calculated in order to adequately specify electrical apparatus. The study results are also used to selectively co-ordinate time current characteristics of electrical protective devices.

The systematic short circuit study methodology begins by creating a system one-line diagram, thus defining all electrical characteristics of the power system. MB utilise the AMTECH Electrical Power Software to compile the short circuit studies. The software calculates the currents for a fault at every bus or node bus within the system.

With extensive industry knowledge and our design capabilities we are able to carry out earthing design using the latest computer software all conducted by our in-house specialists.

To comply with current legislation and statutory requirements of the Health & Safety Executive and Electricity at Work Regulation, private industry have engaged MB to carry out specialist earthing reports. MB have in-house specialist engineers with many years experience in this field, who have carried out full comprehensive surveys, studies, reports of substation earthing designs, soil modelling, touch and step profile potentials.

Our areas of expertise cover an extensive range of projects and a brief summary would identify:

Services activities are developed and undertaken strictly in accordance with relevant National, European and International Standards.

These standards in general are listed below but are not limited to:

We Are The Leader In The Industry

15 Years Of Experience In The Industry. 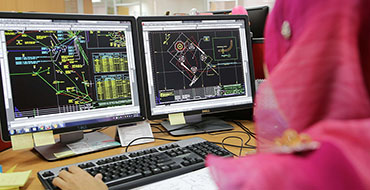 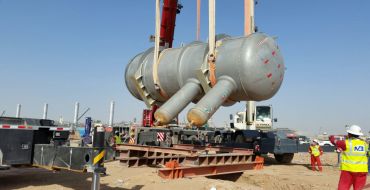 MB has built its reputation on the safety, quality and schedule performance we bring to our projects. 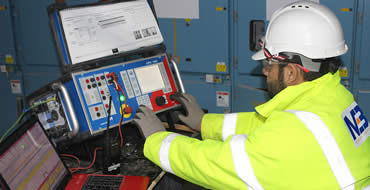 MB Iraq envisions consistently exceeding industry standards in Testing and Commissioning by use of new methodologies and technologies. 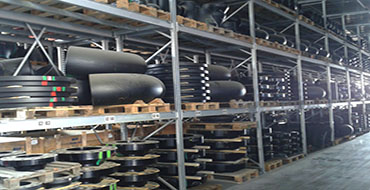 We are not satisfied simply meeting industry standards. MB is dedicated to growing in size, scope, and performance.